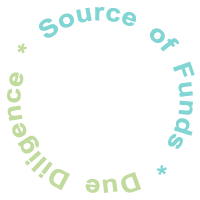 Gift from a father, mother, sibling, and when that is not enough then gift from all the paternal & maternal uncles of the world, is a common way to fund an EB-5 investment. But that is not it, because the gift per se is rarely for the full value of investment required, and hence the application inevitably contain sources like proceeds from the sale of property, redemption of mutual funds, pre-mature withdrawal of fixed deposits, capital retraction from the business, PPF withdrawals, and last but not the least, mortgage loans. As if the Indian financial ecosystem had lesser issues, with a huge parallel economy, and highly unaddressed issues of poor documentation and corporate governance, the stringent requirements of USCIS for documenting the sources of funds have made things even more complex for EB-5 applications from India. Thorough knowledge of the Indian laws, and USCIS requirements, absolutely both in tandem, is a must for one to successfully get an approval without facing a request for evidence or a NOID.

Typical RFEs amongst Indian applications could include something very procedural by nature like “not giving a readable copy of purchase deed” or “a page being missing” or “a sign not being clear”. A step further, RFEs could be due to outrightly unconvincing reconciliations; for e.g., “the sum total of income reported in tax returns, net of deemed household expenses, doesn’t add up to the value of an EB-5 investment”. More technically, RFEs could be a result of not substantiating the source of capital for starting the company (i.e. where USCIS is satisfied with your corporate earnings, tax paid thereon, and the mannerism in which those funds were withdrawn; however, the very seed capital with which the company was started was not clearly demonstrated).

RFEs on the ground of “legalities” have become common; for e.g., USCIS wants to know if one was authorized to borrow funds from the Bank in the first place. Such RFEs are not about the source or its underlying strength, it is about the very essence of a transaction; the legality of which if not proved would lead to the transaction being void ab initio. For e.g., FEMA prohibits any individual, resident or non-resident, to borrow funds for the purposes of making an overseas real estate investment. For the sake of clarification, this is not a restriction by any particular bank; it is the sovereign rule that outrightly prohibits using bank borrowings for overseas real-estate deployment. For the sake of further clarification, this is not a rule specific to EB-5 or USA, it is a blanket provision applicable on all overseas investments in restricted areas with the help of borrowings from any Indian bank (please don’t ask if a state-owned bank or a co-operative bank has a separate rule or if an exemption exists for a religious community driven chit fund; all of them are covered).

At times, USCIS throws a googly, and which is our favourite, because that is what tests the capability of the professional. For e.g., Mr. X owns a company in Hong Kong, abbreviated as HKC, & 3 partners with equal shareholding. HKC made a profit of HKD 600,000 in the year 2018 and declared dividends just before the month of EB-5 investment by Mr. X. From the profits so made, HKD 500,000 was transferred to Mr. X alone. In this case, USCIS may question (& twist further but one such line item is mentioned here) “What about the other business partners?”. While there is nothing wrong about only Mr. X making more money, because after all that is their internal decision, but the same must have been suo moto presented and appropriately “classified” at the time of filing I-526, otherwise not only will your explanation be sensed as an after-thought but also the burden of proving something right would increase. Such questions can be avoided, ten out of ten times, with surety, only if professional acumen and the ability to foresee is exercised at the time of compiling an I-526.

RFEs can also be for reasons like non-appearance of agricultural income on the tax return (this is because agricultural income is tax exempt in India, and the said should have been mentioned in your petition; failing which RFE may come), lack of proper explanations for unique legal entities like HUF-Hindu Undivided Family, lack of demonstrating donor’s financial strength (merely attaching a gift deed with ITRs of the donor is never enough) or for a silly but grave mistake like attaching leave and license agreement in a language other than English. RFEs can further come where funds have exchanged multiple hands due to LRS restrictions, and which has made the fund flow confusing (such cases can be solved by giving a picturesque summary of fund flow; do not wait for RFEs to come, it takes time to chart-out but give it in the first place itself).

Tougher RFEs would include cases where there is a failure to correctly read between the lines. For e.g., Mr. M owns an asset on which he took a loan from a Bank. While asset was in Mr. M’s name, loan was taken in Mrs. M’s name. This is a deep hole to come out of because you can’t undo the sanction letter. Further, you can’t undo the bank statements (everything has already been submitted to USCIS and nothing of that can change now at the time of RFE). These kind of RFEs can be solved with the help of a tri-party affidavit (but before that do slap a notice on your professional for such a mistake could have been avoided had you been made aware of the laws).

More recently, USCIS has started the exercise of corroborating what is presented with post-facto evidences. This is to curb mala fide practises. For e.g., Mr. P had shown that he received a sum of $X in lieu of salary from his partnership firm. A letter has been issued by the Company confirming the same. Values are appropriately appearing in the bank statement of company as well as that of the recipient. To this extent, everything seems to be in order. However, in the year-end tax return, Mr. P didn’t show the amount received from his firm as salary. Naturally, EB-5 petition would have already been filed by then and hence the non-anticipation to submit the succeeding tax return. USCIS in the past has and can ask for tax return of the year succeeding the year in which EB-5 petition was made to check the effect given in your tax return for the subject income.

Lastly, some RFEs involve questions which seemingly sound right but practically the answer would lead back to the question. Here again, a good level of preparation can avoid conundrums in the minds of an adjudicating officer. For e.g., Mr. J, primarily of Indian origin, is currently a EU resident. He owns a company in a tax-haven (Mauritius, Bahamas, UAE, etc.) which is involved in funding start-ups. Now, Mr. J wants to gift a sum to his son for his EB5 and for which he has withdrawn funds. On the face of it, withdrawal of funds from a company in tax haven is not a great story to offer. This is because the Company would not have any tax returns, and further it is unlikely to have audit reports given that it is operating in a freely regulated tax ecosystem. More importantly, Mr. X would not have his tax returns on record because he is not required to file one, and even if he is, then the income under subject wouldn’t be reflected because the law doesn’t require to report tax on such incomes. In a case like this, a professional can suo moto give appropriate disclosures with relevant annexures upfront. Alternatively, one can oversee & wait for the RFE to come, after which the truth seldom looks true. The bottom line thus is not the merits of your case, but the sheer ability to bring the facts on table.

There is a solution to every RFE or NOID. The first preference should be to do a water-tight petition with no leakages, but if that’s not possible, may be because some hungry developer was raising funds and pushing for investors, or the applicant himself was not equipped with the right advise, then repairing ought to be done. Whichever approach you follow, RFEs & NOIDs must be dealt with total sensitivity.

NOTE: EB5 India Advisory Private Limited confirms that NOT A SINGLE CASE filed by us has been subject to a SOF request for evidence or a NOID. This is not a marketing statement, we confirm it on oath, and are taking binding legal responsibility for its correctness. Not once in our history, we had any of our filings (which includes the worst possible SOF cases) subjected to a RFE by USCIS. Every single case solved by us and the experiences narrated above reflects a glimpse of our involvement in repairing the work that was previously done by another professional.

[This article is written by EB5 India Advisory Private Limited, and reflects our professional learnings. Kindly do not replicate any content, with or without our name].

Visit us at our Ahmedabad office

Visit us at our Delhi office

Visit us at our Mumbai office

Visit us at our Nashik office

Visit us at our Rajkot office

Visit us at our Kolkata office